DJ Arch Jnr performed his record-breaking hour-long set on 10 June, after his father Glen Hlongwane managed to sneak the youngster into the Platinum Lounge in Cosmo City. This was DJ Arch’s third attempt at the title his first attempt, which he undertook at the age of three, was unsuccessful, as the young boy wasn’t able to concentrate long enough to complete the hour and his second attempt wasn’t recognised by the global world records body, because his set was performed at a stadium and not in a club or a bar.

DJ Arch Jnr became an instant social media sensation after a video of him mixing a popular house tune went viral in December 2015. Expectations were exceeded after he entered SA’s Got Talent in which he won the 1st prize, with a unique display of performances in a triumphing fashion.

DJ Arch Jnr has secured high profile opportunities such as, being the resident deejay for the Mc Donald’s U/14 Schools Soccer League, performing at the SAFTA’s (South African Film Awards), AFRIMA’s in Nigeria (All Africa Music Awards).

With all these achievements, DJ Arch Jnr managed to secure a number of sponsorships. Algoriddim who are the software developers of the Djay app, have given him the opportunity of being their youngest brand ambassador. DJ Arch Jnr is also a licensed DJ with SAMRO.

DJ Arch Jnr’s knowledge of and interest in music, makes his the ideal choice when looking for a quality mix or DJing skills. DJ Arch Jnr, has quickly amassed star power around his brand that has commanded attention across the country making him one of SA’s most sort after personalities and DJs. 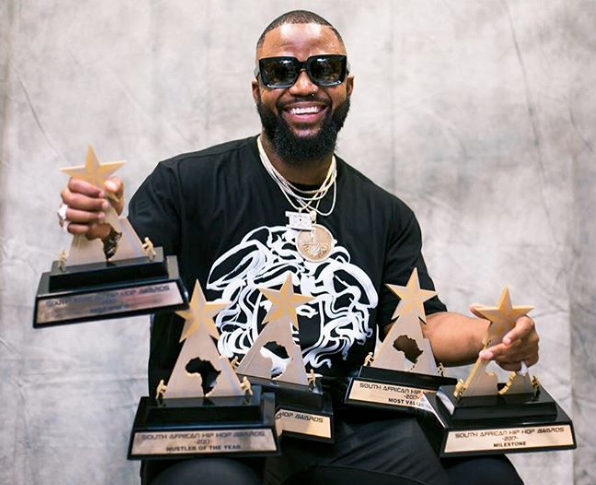 Cassper Nyovest, officially begins his countdown to his historic road to Fill Up FNB Stadium in just under a month. The...