She’s beautiful, sexy, hot, intelligent and a woman of many talents. Well… what more can we say? Bonang Matheba is that kind of girl everyone wants to be.

She’s managed to stay relevant in the entertainment Industry for many years.

How about we look into the following 10 things you probably didn’t know about your *Girl B*?

1. She is a former host of “The Front Row” radio show on SABC‘s Metro FM and the brand ambassador for Revlon Cosmetics South Africa.

2. Her mother Charlotte was the Corporate Head of Human Resources at a major agribusiness company, and her father Gampi was a lecturer at the University of North West

4. After high school she enrolled in a Marketing course at the University of Johannesburg.

5. In 2007, she cut her studies short after she had auditioned as the host on South Africa’s most watched music series, LIVE. When she got the job, her parents weren’t thrilled about it.

6. Bonang has said in many interviews that she had to work very hard to convince her parents that dropping out of university was a good idea. A few months after joining LIVE, Bonang became an over night sensation and the most sought after celebrity in South Africa. She gave herself the title “Host with the most”.

9. After sending her demo tape to popular youth radio station, YFM several times and being rejected over a period of two years, Bonang received the call that she would be part of the new presenter line-up. Her weekend afternoon show on YFM titled The B* Hive was an instant hit with its young listeners.

10. Bonang appeared for the first time on television as an actor on the hit drama series, InterSEXions. She played Nurse Seipati. After the episode had aired, Bonang was quoted saying that she knows her limits, that she respects actors and their craft and that she would not be pursuing a career in acting. 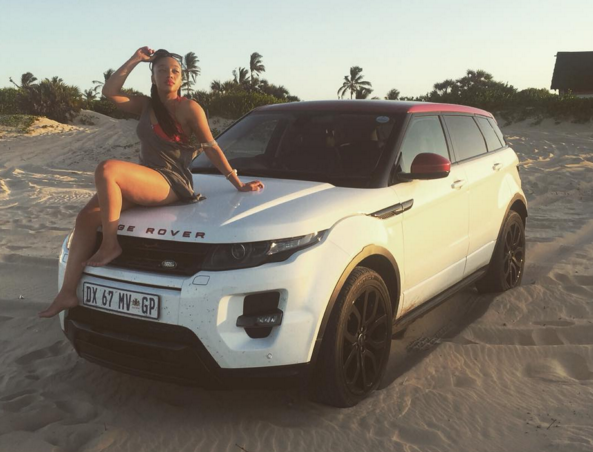 How Much Your Favourite Female Celebs Cars Costs (PART 2)

How Much Your Favourite Female Celeb Car Costs! Ever wondered how much your favourite South African female celebrity's car costs?...